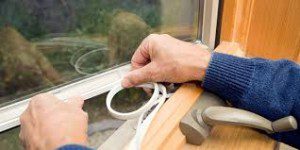 Even in the middle of winter, you can slash your energy bills without sacrificing comfort. These tips can cut your heating bill by 20 percent or more, and none takes more than 30 minutes to complete. Plus, the materials are mostly inexpensive to buy and install, so you’ll see a quick return on your investment.

Worn and torn weatherstripping around doors and windows creates drafts and lets in cold air. Seven to 12 percent of a home’s heat loss occurs around windows and doors, and these leaks often prompt homeowners to turn up their furnace to keep comfy. Even if they don’t turn it up, they’re losing warm air, causing the furnace to work harder. “Weatherstripping around doors, and caulking around doors and windows, can cut down on drafts,” says Jeff Rogers, president of the Energy Audit Institute, an energy audit training and certification company in Springfield, N.J.

Some weatherstripping needs to be replaced every few years because of wear. Replacing it is typically as simple as pulling off the old and installing the new.

If you can see daylight under your front door, then you’re losing the indoor air you’ve paid to heat. “If the door is not in contact with the threshold, the air is going right under the door.

Some thresholds have four or five screws that let you adjust the height to eliminate a gap. Turn the screws counterclockwise to lift the threshold until daylight is mostly gone. A little light in the corners is okay, but don’t raise the threshold so high that it interferes with opening and closing the door. And the door shouldn’t drag on the threshold or it’ll wear out the weatherstripping. 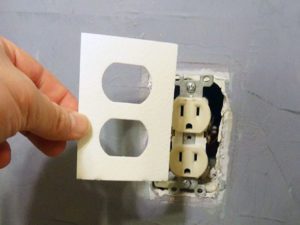 Electrical boxes in your exterior walls are notoriously drafty because insulation isn’t always placed behind and around them correctly. You want to try to stop the air from flowing around the box and through the box.

To stop the leaks, remove the cover plates and fill small gaps around the boxes with acrylic latex caulk. For large gaps, use foam sealant. Then place a foam gasket over the outlet or switch and replace the cover plate. The gaskets cost about $1.10 for a two-pack. The gasket is going to save you money for as long as that outlet is in your house. 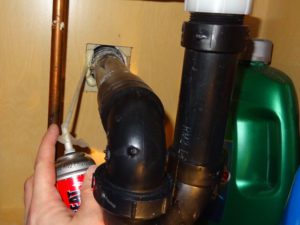 Pipes, gas lines, and electrical cables that enter your house often have gaps around them that have been haphazardly filled with some kind of caulk. But that caulk eventually cracks, peels, and falls off. These gaps let in outside air, plus they are ideal entry points for mice and insects.

Seal the gaps with expanding foam. For water pipes under the sink, unscrew and pull back the escutcheon ring, then caulk around the pipe. The ring is just decorative, it’s not going to block airflow. 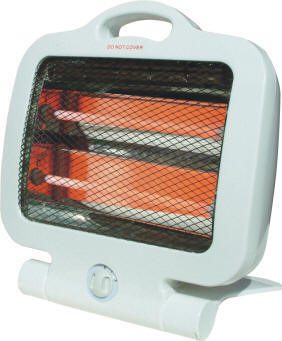 Buy a Portable Heater (and Turn Down the Furnace)

Put a space heater in the place where your family gathers, like the living room, and turn down the furnace temperature. The rest of the house will be cooler, but you’ll be warm, and you can save 3 percent on your heating costs for every degree below 70 F that you turn down the furnace.

Of course, you have to buy the heater and use electricity, which cuts into the overall savings. Portable heaters start at about $30, and an electric heater that uses 1500 watts, will cost you 14 cents per hour, based on a rate of 8.14 cents per kilowatt-hour, according to Nebraska Public Power District. Still, the savings from reducing the furnace temperature should offset the cost of using the space heater and then some. Rogers says that windows account for 25 percent of heat loss in homes. Covering the windows and sliding patio doors with clear plastic film can reduce that loss. Just by using that plastic, you’re going to save about 14 percent on your heating bill.

The transparent film is inexpensive; you can find it for about $6 for 62 x 84 inches at home centers. The film is simple to put on and won’t harm your trim, and if you put it on correctly you’ll barely notice it. In the spring, the film comes off easily. 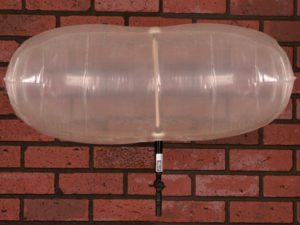 Keep Warm Air from Escaping Up the Chimney

The downside to fireplaces is that when they’re not in use, your warm indoor air is escaping through chimney. Even when the chimney flue is closed, some warm air is probably still getting away. An easy solution is to block the airflow with an inflatable chimney balloon. The balloons are available on amazon.com and other retailers to fit various chimney sizes. They cost about $50. “They can save you up to $100 a year, so they’re going to pay for themselves twice a year. They are definitely a good investment.

Blow up the balloon and stick it in the chimney. If you forget to take it out before you start a fire, the balloon automatically deflates, so it won’t cause the house to fill with smoke. However, be advised that the balloons can become sooty and hard to manage after repeated uses.

To ensure that the door blocks airflow, use adhesive to attach fiberglass batt insulation to the attic side of the door. And if the door won’t lie flat, use a latch bolt system to close it tight. 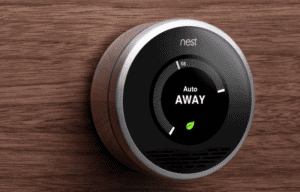 Prices for these thermostats have dropped over the last few years. They save you money by letting you tell the thermostat to keep the temperature low during the day when no one is home and at night when everyone is sleeping, but higher at the times when you want it, such as when you get up in the morning and come home from work. People won’t remember to turn the thermostat up and down each day. But, with a programmable thermostat, you only have to think about it once.

The U.S. Department of Energy says that you can knock 10 percent off your yearly heating and cooling expenses by turning the thermostat back 10 to 15 degrees for eight hours a day. And don’t believe the oft-repeated notion that the furnace needs to work harder to warm up the house after the temperature is set low, which would negate your savings. It’s a myth—you do save money.