How Obamacare affects your bottom line 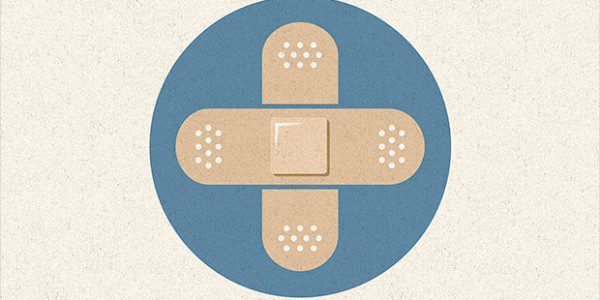 Some changes kicked in earlier — preventive care fully covered, the right to keep kids on your health plan until they turn 26. But most major provisions were scheduled to take effect by this date, including the law’s centerpiece requirement that nearly everyone must carry insurance or owe a fine, which will escalate in the coming years.

Since then, a few features have been postponed for 12 months, including the rollout of most small-business insurance exchanges and the rule that large employers must offer coverage or pay a penalty. But Jan. 1 remained a key turning point for health care in this country.

Of course, what’s gotten the lion’s share of attention in recent months is the flawed federal insurance exchange, not to mention canceled policies and premium shocks. What you may not realize, though, is that the law is prompting other significant shifts in the system.

Spurred on by the ACA, insurers, doctors, and government agencies are quietly embarking on a sweeping experiment, trying to change how care is delivered and paid for in hopes of controlling costs. “Individual insurance reform is one of 10 titles in the statute,” points out Timothy Jost, a law professor at Washington and Lee University. “There’s a lot more in there.”

No matter how you get your insurance, you could feel the effects of Obamacare in the months to come. Come tax filing time, for one, couples earning above $250,000 ($200,000 for singles) will see how much a surcharge that helps fund the law has cost them. That’s just one of five key ways reform could touch you and your family in 2014 and beyond.

1. No matter how you buy insurance, you now have a stronger safety net

One of the goals of health reform was to close the loopholes that could let costly care or a chronic illness devastate your finances, even if you had coverage. Since 2010 insurers have no longer been able to cap how much they paid out on your policy over your lifetime. In 2014 two more protections take effect, both for individual policies and group plans.

Insurers can no longer impose an annual coverage cap. Plus, once you spend $12,700 out-of-pocket with a family plan in 2014 ($6,350 for singles), your insurer must pick up every dollar of in-network medical care.

“For people with chronic conditions, this is one of the most important advances,” says Marc Boutin, chief operating officer of the National Health Council, which represents advocacy groups for patients with chronic conditions. Those with serious illnesses picked up another safeguard: You can no longer be turned down for coverage because of your health.

The government gave employers that use separate firms to administer medical and drug benefits an extra year to comply with the out-of-pocket max. But most companies set lower limits than the law mandates. So the delay will mainly affect people in plans that don’t cap prescription drug costs and who need a very costly drug, such as chemotherapy pills.

2. You may pay more for office visits, thanks to your doctor’s new job

In hopes of tamping down health care costs, the ACA aims to change how doctors and hospitals do business, and you could notice the fallout soon. One approach is to create so-called accountable care organizations, typically doctors and hospitals that team up to coordinate treatments with the goal of delivering quality care for less. If successful, the doctor and hospital may be eligible for a bonus from Medicare. Private insurers are turning to similar models.

This incentive to team up is one reason a big hospital may soon take over your local facility (if it hasn’t already) or scoop up physicians, particularly primary care doctors. Another catalyst behind consolidation: Starting in 2015, Medicare reimbursements drop for doctors who haven’t made inroads with electronic medical records, which can be expensive or onerous for standalone practices to install.

On the surface nothing may change when your doctor joins a larger system. You drive to the same office and see the same familiar faces. You may even encounter some improvements, like free access to a nutritionist or wellness coach. The difference may show up on the bill.

Health economists worry that mergers could end up increasing what you pay. Hospital systems can often negotiate higher rates with insurers for the same care.

“Small practices are price takers, but large groups and hospitals are price setters,” says Robert Berenson of the Urban Institute’s Health Policy Center. Health insurer Cigna has seen bills for cardio procedures done in a doctor’s office, such as stress echocardiograms, jump 300% to 500% after the office is acquired. You may notice a “facility fee” of $75 to $150 for a routine office visit. If so, check with your insurer. Some have negotiated no fees with certain providers.

3. You still have time to buy coverage, and doing so is easier

If you buy insurance on your own, you had until Dec. 23 to sign up on an exchange to ensure coverage by Jan. 1. Given the widespread glitches, confirm that your enrollment went through with your insurer. And pay promptly: Insurers can drop you if you fail to make a first payment.

If you’re not yet enrolled, do so by March 31 to avoid a penalty. Healthcare.gov, after undergoing serious repairs, is performing better. Window-shopping is easier too. Before you apply, you can now get an idea of the premiums, deductibles, and co-insurance rates you’ll pay, as well as an estimate of any subsidy you might qualify for.

You may have heard that you can hold on to your previous policy, even if it falls short of the law’s requirements. After hundreds of thousands of policies were canceled, President Obama announced in November that insurers can extend those plans. But state regulators must agree, and many, including officials in New York and Washington, did not; Texas and Florida officials did. Even then, insurers must sign on, and not all have.

4. Buying on your own, though, may involve some big tradeoffs

Now that health plans are for sale on the exchanges, one thing is clear: To accept everyone regardless of health, cover all the law’s essential benefits, and keep prices competitive, insurers have had to cut corners. One way is by setting high deductibles (see the table at the bottom).

Another is limiting how many hospitals and doctors are considered in-network much more than a typical policy does. “There are only so many levers you can push, particularly in a short time frame,” says Sabrina Corlette of the Georgetown Health Policy Institute.

According to a recent McKinsey study of mid-priced exchange policies being sold in 20 urban areas, 70% of plans exclude at least a third of large hospitals in the area from their networks. Narrow networks are almost three times more common than they were among individual plans in 2013, the study found. The one insurer selling so far on the New Hampshire exchange has deemed more than a third of the state’s hospitals out of network. In Washington, Seattle Children’s Hospital has sued the state’s insurance commissioner because the facility is excluded from many exchange plans.

Before policies reached the exchanges, state or federal regulators had to agree that the networks were broad enough to cover necessary services. Still, you may not be able to find an in-network provider that you consider suitable. Or you may want to use a local children’s hospital or university cancer center that’s been left out. To have an out-of-network facility or doctor covered at in-network rates, you can appeal to your insurer. Enlist the doctor to help you make your case, says Boutin. You could ask for a letter, say, spelling out how often he or she does the procedure annually and the outcomes.

Finally, don’t rely on the exchange listings or even your insurer’s website to find out what’s in network. “Even before the ACA, provider directories were notorious for being unreliable,” says Corlette. Instead, pick up the phone and confirm that a doctor accepts your insurer as well as your specific plan.

5. You can find out a lot more about your doctor and your hospital

The ACA also sets out to collect more info on the quality of care Americans are getting, and those efforts are bearing fruit, giving you improved tools to judge a hospital, doctor, or Medicare plan — and the government more ammunition to push for improvements. In 2012, Medicare began tying reimbursement rates for private Advantage plans to the star ratings it earns.

You can visit the hospital compare tool on Medicare.gov and see how a facility stacks up against state or national averages for readmissions, complications, and patient satisfaction. In December, the site added outcome data for knee and hip replacements.

Last year for the first time, Medicare penalized more than 2,000 hospitals with excessive readmissions — a possible indicator of a poor discharge process. That move could make it less likely that you or a family member will be ushered out the door without a full explanation of your medications, says Jim Chase, president of Minnesota Community Measurement, a nonprofit that reports on quality of care.

A similar physician comparison tool, relaunched in 2013, is set to go live with its first quality measurements this year. Also on deck: metrics for psychiatric facilities and hospice providers. Private insurers are working on similar disclosures, using their own and Medicare data.

The ratings aren’t so solid that you should drop any doctor with a poor showing. But you can use them to tell whether a practice is staying on top of developments like electronic records and evidence-based treatment protocols, says Reid Blackwelder, president of the American Academy of Family Physicians.

And by looking at what the ratings deem important, such as whether heart-disease patients get certain services, you can know what to ask your doctor about your care, says Chase.

With ratings on the road to becoming the norm, health reform is poised to change how you shop for care — one more way that this 2010 law will play out for years to come.