Want to Make Your Employee’s Day Brighter? Try a Few of these Tips

Home » Want to Make Your Employee’s Day Brighter? Try a Few of these Tips 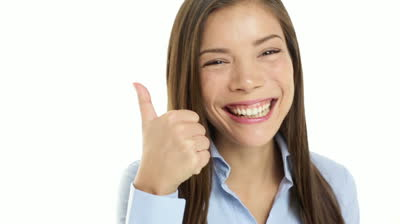 We all know that recognizing great people for great work is an important part of building a company’s culture. Some show recognition through an “Employee Of The Month” program, often associated with perks like a reserved parking spot.

All you have to do is offer:

A little dash of freedom.

While this is not always the case, typically the larger and more successful the organization the greater the degree of optimized process and procedures. The way that many businesses get big is by making excellence infinitely repeatable.

But that doesn’t mean every task needs to be directed or micro-managed – even if you do, in fact, know the best way to do it.

Independence and autonomy creates satisfaction and engagement. Next time you assign a task, simply describe the outcome you’re looking for. If an employee says, “How do you want me to do it?” just say, “However you think best. I trust you.”

And watch her face light up.

Don’t worry that the job won’t be done correctly. When you give people the freedom to work the way they work best, they’ll often surprise you – and sometimes they’ll even surprise themselves.

Everyone likes recognition from others. But this is not limited just to recognition by peers and colleagues within the company — it also applies externally. Sometimes, some quick praise in a completely public forum — like social media sites goes a long way.

Here’s a quick idea, which works even if you don’t have a large following (because it’s the thought, not the audience, that counts). Next time someone on your team does something amazing, post it to LinkedIn, or twitter, or whatever site you use. The reason this is so powerful is that these sites are very public — so in effect, you’re telling the world about this amazing thing someone did. It also shows some vulnerability — because deep down inside, there’s a part of you that doesn’t want to tell the world about this amazing person on your team (for fear that someone will try to steal them away). Get over that fear.

A chance to save your day.

Ask an employee for help. Then stand back, listen, and actually let him help.

And then simply say, sincerely and with respect, “Thanks.”

Pick a mistake you’ve made, whether recent or really old. Don’t make excuses. Say, “I know I said I’d follow up with you on your plan, and I’m sorry I haven’t.” And then actually follow up.

Trust me: other people will forgive the oversight and will definitely appreciate the fact you care enough to remember… and to take responsibility and apologize.

Everyone makes mistakes. The difference lies in what we do after we make a mistake.

A pass on a teachable moment.

Another difference lies in what we do when others make mistakes. A leader should help employees learn from their mistakes, but sometimes the lesson is already learned.

Plus great employees appreciate the fact you realize they are harder on themselves than you can ever be.

Today when someone makes a mistake, let it go. Just nod your head and say, “You’ll nail it next time.” And, you know what? They will.

Say a new salesperson is struggling to land new customers. She looks down, discouraged, and almost defeated. Instead of simply offering encouragement, choose to see something not yet on display. Show you believe in her. Say, “I know it’s tough in the beginning… but I have a feeling that you’ll end up being one of our top salespeople.”

Sometimes predictive compliments can be like self-fulfilling prophecies because they make employees feel more confident, more self-assured, more motivated… and committed to fulfill the belief you have in them.

See something an employee doesn’t see in herself…at least not yet.

Faith is an incredibly powerful thing – especially when we show faith in other people.